There’s just something about dessert and booze?

When I was younger if ever there was a dessert that thought had liquor in it I would savor each bite, convincing myself that the boozy flavor was in fact getting me tipsy. Much as I tried though, I never started to feel the telltale symptoms of being drunk. Poor little Kristina, I was just tryin’ to have a good time.

Despite my cravings for said boozy desserts the one after dinner treat I never tried was Bananas Flambéed I can’t for the life of me figure out why since I am all about sticky sweet bananas cooked in brown sugar, butter, and let set aflame with the help of rum or brandy. I mean, I totally get why people are obsessed with them. So why the hell haven’t I ever tried them?!

For those of you who don’t know, Matt doesn’t like desserts too much. He’s a fan of ice cream but not much else. He’s just not a sweets kinda guy, when I make cookies, I purposely put less sugar and try to add nuts and raisins so that they are more his style. Which is fine – more for me – but I thought to myself, maybe, just maybe, he would indulge in a little dessert that included booze. Plus, he’s sick right now, so I wanted to do something to make him feel better, cause that’s what doting girlfriends do when their boyfriend, who-only-gets-sick-once-a-year gets sick.

So I made him Bananas Flambéed and wouldn’t you know it folks, he loved it! Like big ol’ smile on his face fighting me for the plate of it love it. Oh man, I was tickled.

The trick to getting your non-sweet loving boyfriend to like flambéed fruit is to make it as non-sweet as possible, but putting it over some crusty crispy sourdough bread for instance and by adding some not to sweet vanilla ice cream. The bread ended up being the best addition ever, it soaked up some of the sauce but still provided the texture and flavor contrast necessary to keep a sweet dessert from becoming cloyingly sweet. (Even I don’t like desserts like that). 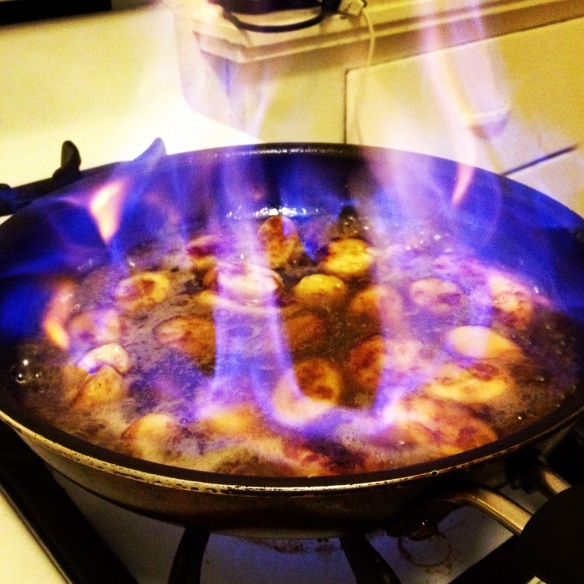 Well, we still had extra rum from my first attempt and I was craving peaches, so I started thinking, what if I made Peaches Flambéed? I was willing to bet it would be just as tasty, if not tastier. So I ran to the corner market and grabbed a couple yellow and white peaches, for variety, and scooted back home to make it and take pictures before it got too dark.

*On that note – the above photo was taken at night, so you can really see the flames, however the other photos I have of the peaches were taken during the day so the flames don’t look quite as brilliant, I apologize my friends. 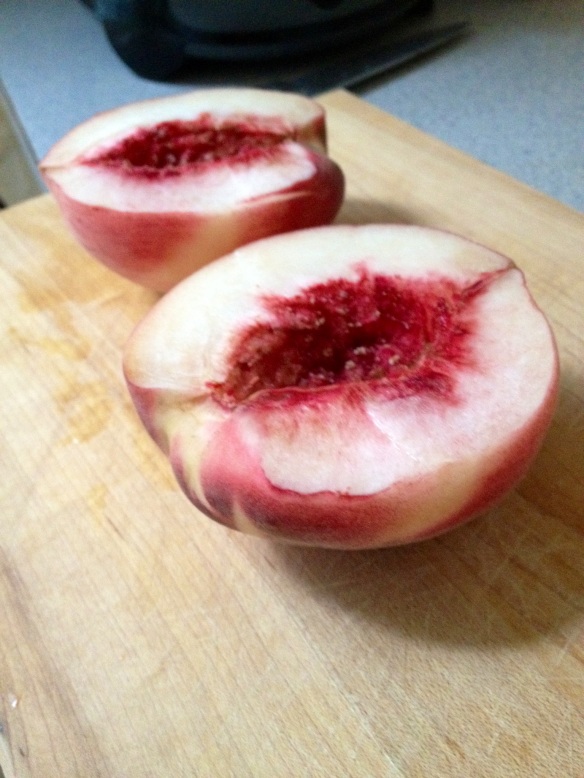 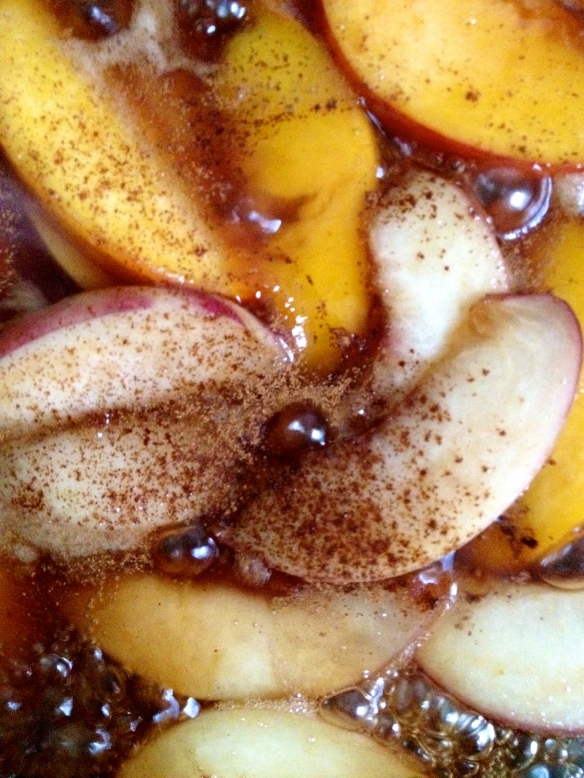 2 Peaches, one white, one yellow (or two of the same)

1/2 stick butter, plus enough to smear on the bread

What to do with it:

Slice peaches into medium sized strips – not too thick, cause that will be awkward to eat, but not too thin cause they will get mushy after being cooked too long

Heat pan on medium and add butter, allowing to brown EVER so slightly

DON’T turn your back for a second to go check on your sick boyfriend, your sugar will burn and look like this. It’s a proven fact 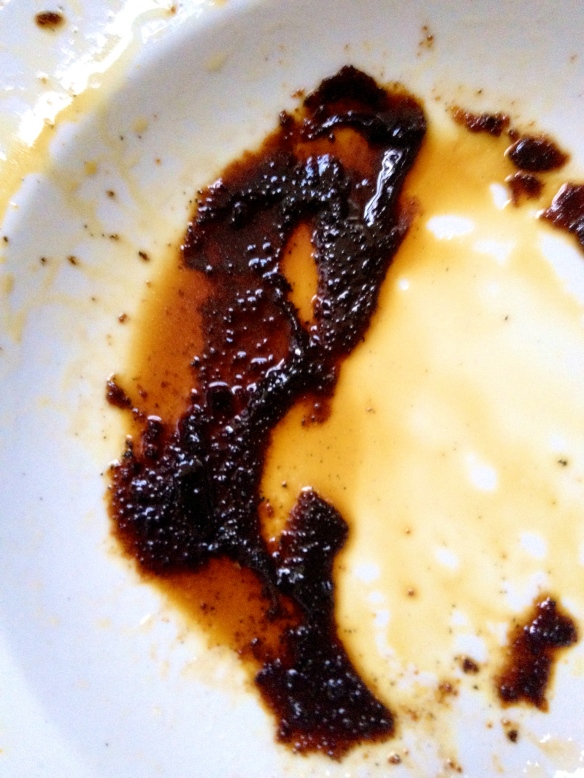 Add peaches and cinnamon, to your not burned bubbly buttery sugar sauce, let them simmer for just a few minutes

While they are simmering though, lightly butter both sides of the bread and crisp up in another pan

Now its time for the real fun…

Once its off that burner, pour the rum into the pan and THEN put it back on the flaming burner, tilting the pan slightly so that the flame may jump to the liquor. Watch it ignite!

It will flame for a minute or so, during which you can leave the pan alone, when it’s done flaming you can start plating, which should look a little something like this 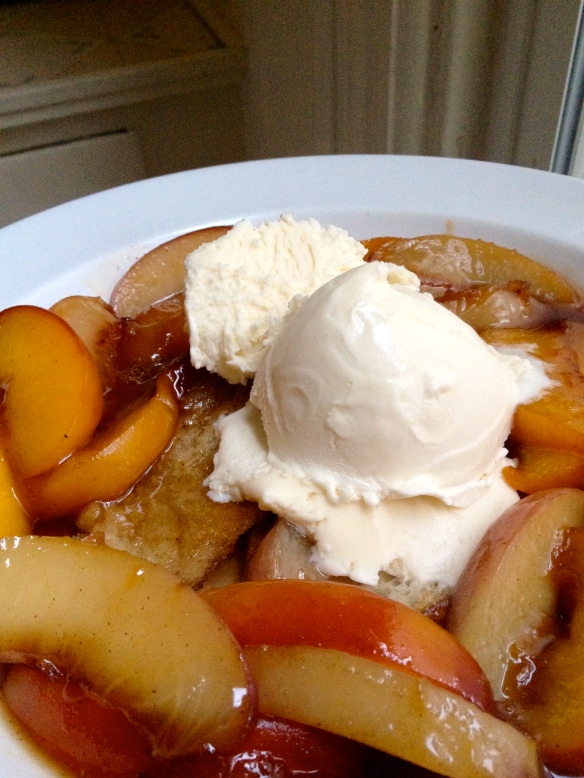 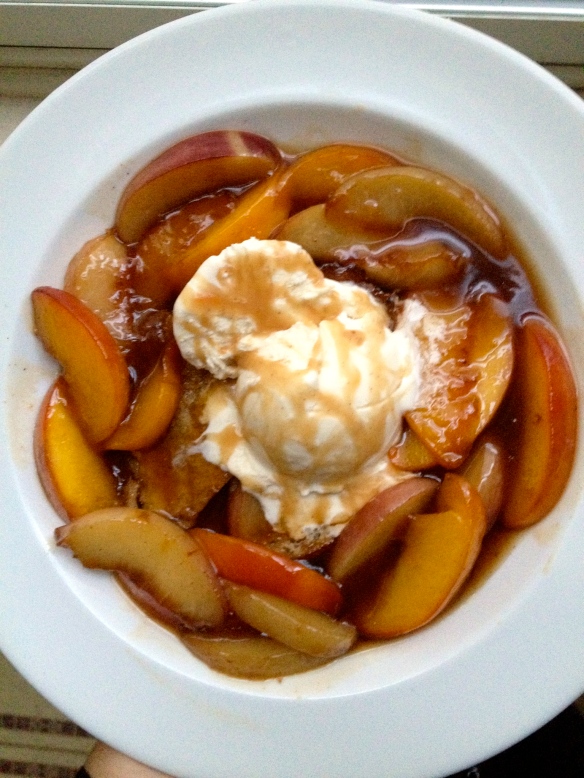 What’s my verdict? Bananas are amazing, dense, and hold up to the butter rum sauce deliciously. But peaches, well peaches work with the sauce, taking it in and becoming something so damn delightful I just wanted to squeal like a little girl.

I did prefer the yellow peaches to the white in this recipe, though most of the time I am partial to white. So, you try both and figure out which one you prefer!

Now, if you’ll excuse me, I still have a few more peaches around here somewhere 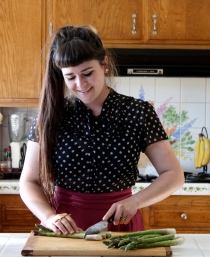 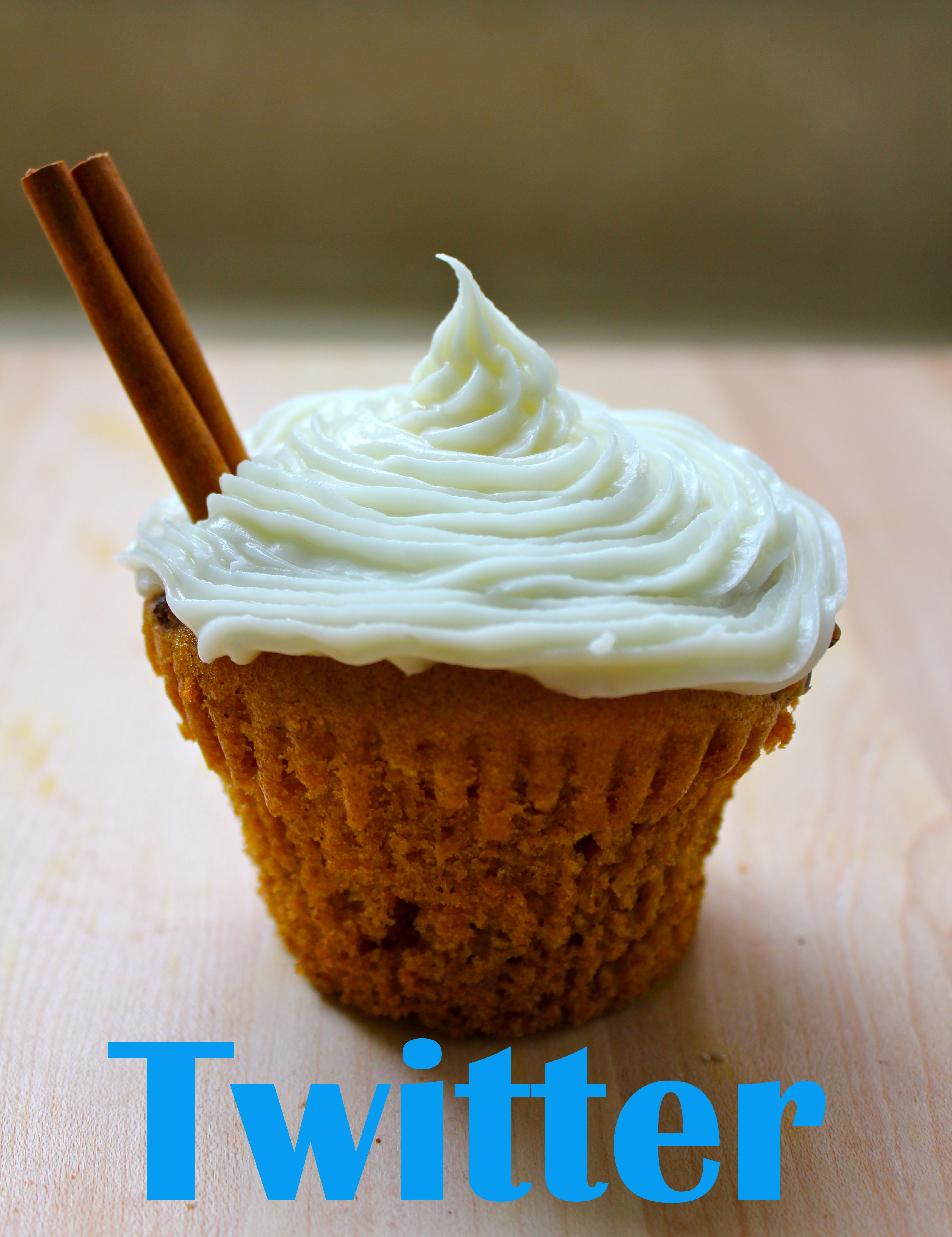